Your Britcon booking is confirmed!

We look forward to seeing you at Britcon!

Find the specific rules and restrictions for your chosen period:

Once again rooms are on offer from as little as £36/night for bed &amp; breakfast in Weston Hall, and £75/night in the slightly more upscale Pendulum Hotel (the re-branded Days Inn). You can book accommodation for Friday Saturday and Sunday nights, and also for Thursday (if you are really keen - although we may not have all of the the gaming tables up and ready to go until mid-morning). You can also book elsewhere as well. The UMIST rooms are the closest to the venue.

We also wanted to let you know that we conducted a survey among our first 120 players to sign up for Britcon, and a massive 92% of them said that they were interested in some sort of social event on the Saturday evening - meaning that we have been able to convince the Uni bars and catering team to run our first :

evening upstairs in the bar onsite in the venue on Saturday evening!</p>

What this means is that we will be offering beer, "gourmet" burgers and chips (that's "fries" for those of you who live south of Watford), and other BBQ stuff as well as well as comfy chairs, regular tables set up for social gaming, and a couple of "classic" war movies playing on a 60" screen in the corner (almost certainly of the "everyone can 'sing along' with the dialogue" kind!)

The Uni are also able to offer a special advance purchase rate of £10 for a gourmet burger, chips and a pint!

This is bookable in advance or you can pay (a little more) on Friday when you arrive at the venue - so, let your friends and clubmates know, and start to plan out your full Britcon Weekend with the BHGS !

Keep up to date with all the BHGS activity and events via our Facebook page or Twitter feed.

We also have a quick heads-up about our some of the things going on around the gaming - especially our traders and the Britcon Trade Show this year. As a player at the Britcon competitions, you will be literally surrounded by the traders at our show as you play - but for those of you who sometimes struggle to see the wood for the trees, we've picked out some highlights and offers for you to look out for this year:

Battle Foam are a new exhibitor this year, and will have their range of custom cut foam packaging and carrying cases. They are offering a generous 15% discount on list prices for all Britcon orders, and you can also order in advance by emailing jemma@battlefoam.com or calling in your order on 01702 462 017 for pick up at the event.

Steamforged Games will be at Britcon as a trader, and will also be running our first ever Guildball Tournament!

Guild Ball is a table-top skirmish game. Drawing influence from medieval “mob football”, teams of players clash to ensure their team is victorious and the crowds of ravenous fans are well entertained. All this comes second to furthering the political interests of the powerful guilds that fund the sport, where a sudden goal or public assassination can swing the delicate balance of power. The game mechanics are intuitive whilst allowing for a wealth of tactical actions and varied play styles. Limited resources ensure that planning and quick-thinking will work to a player’s advantage.

Britcon 2015 will feature the largest Guild Ball tournament to date, with players competing for a wealth of prizes and glory for themselves and their chosen guild. The Guild Ball team will also be running demo games for new player to demonstrate the tactical football and bloody combat involved in a typical game.

Steamforged always like to ensure there are a few additional treats on offer at shows, and Britcon 2015 is no exception! They will have our usual show-exclusive promotions available, offering great value for money for new players and experienced veterans alike.

In addition, the latest player to Guildball's expanding player roster, Minx, will be available for purchase, and our newly released tokens sets and templates will be for sale in limited quantities. The full and recently restocked miniature range will also be available all weekend. 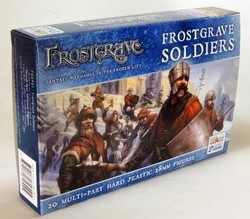 Dave Thomas has told us that he expects to have FROSTGRAVE stuff - the new range of North Star plastic figures to go with Osprey's new Medieval/Fantasy ruleset. These figures seem to be sold out pretty much everywhere, so being able to get your hands on them at Britcon should be a real coup!

For 28mm WW2 fans, he will also have some newly-released and highly anticipated Perry Twins German Paratroopers (the BHGS spellchecker wasn't confident about "Fallschrimwhatsits ...") as well.

Finally the Alien vs Predator boardgame will also be on sale from Dave's stand - basically,  if you need to find him, that'll be the stand that has everyone crowded round it saying "wow" a lot!

Colonel Bills are offering a 10% pre order discount on ALL their in-stock items, which includes 4Ground items (where they already sell at a discount to list price anyway). They will also be carrying all the new 4Ground items such as the Cross and Crescent desert buildings etc, and the New 28mm Church. 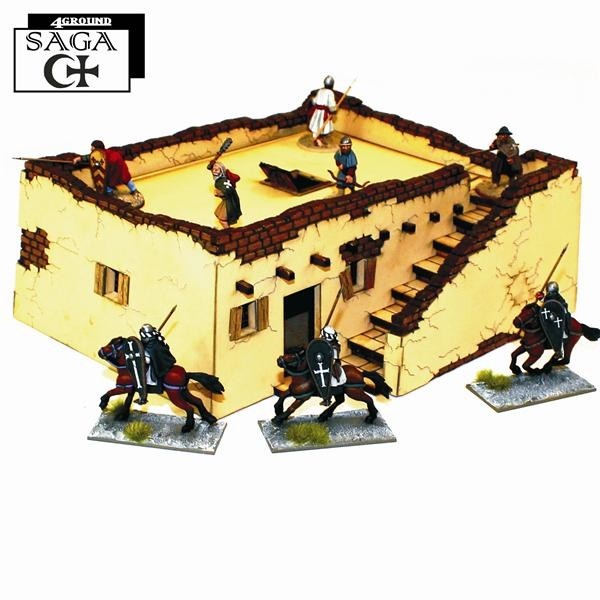 Lesleys Bits Box will have one of the most talked-about games of the moment, the new Age of Sigmar starter set from Games Workshop for a price-busting £64 on sale at Britcon. Rumour has it that GW have a packed launch schedule coming up, so there is every chance that there will be even newer stuff announced at out on sale by the time the show comes around.

KR Multicase have just launched some new bespoke foam sets for Star Wars Armada vessels and fighters, which are selling really fast. To make sure you get your set to keep these amazing new models safe, pre-order from KR online for collection at Britcon

New for Britcon 2015 will be figures for sale in pre-sorted units, allowing you to put units or armies onto the gaming table "instantly" as well, in case those first couple of games don't quite go as planned.

Magister Militum have told us that they are now stocking the FoGAM v2.0 rules in proper hard copy, along with a pretty much full set of army lists, so if you have been playing from a downloaded QR sheet for the last 3 years, this is your chance to "go legit" !

They also have just had a restock of Miniature Worldmaker rubber terrain in DBx sizes so make sure to visit their stand and take a deep breath full of this amazing terrain!

We also have a well stocked Bring & Buy - Britcon is great for a Bring and Buy, as if you are a player you will definitely be there to the end of the weekend giving maximum time for your stuff to be seen, and sold. We also help you out by giving you the chance to complete your Bring & Buy entry form in advance.

In the Bring and Buy area we will also have a "tabletop sale" from Jonathon Smith, who recently was bequeathed the wargames collection of a long time friend and fellow gamer by the name of Stephen Atkinson, who sadly passed away in April of this year after a battle against cancer. Jonathon has been asked by Stephen's widow to help her husband's collection go to a good home, and will be selling off the collection at Britcon and raising money for St.Lukes Hospice Winsford (who looked afteer Stephen) and also for the SAMA82 charity for Falklands Veterans in the process. You can get a preview of what Jonathon will have for sale on the Facebook page he has set up for Stephen

On Friday we should have some gaming tables up and running from around 10:30am for those of you who want to get in early and arange a practice game or two. If you arrive before that, you may even be lucky enough to help with the taping out of tables !

On Saturday Evening after the games finish we will hold our first ever "Beers, Burgers and Bullets" evening upstairs in the bar onsite in the venue.

What this means is that we will be offering draft beer, "gourmet" burgers and chips (that's "fries" for those of you who live south of Watford) and other BBQ stuff as well, as well as comfy chairs, regular tables set up for social gaming, and a couple of "classic" war movies playing on a 60" screen in the corner (almost certainly of the "everyone can 'sing along' with the dialogue" kind)

The Uni are offering a "starter menu" of a gourmet burger, chips and a pint which you can book in advance for the amazing price of just £10 (it'll be more if you book onsite):

We've had a really great takeup for this event, with over 50 people signed up so far so let your friends and clubmates know, and start to plan out your full Britcon Weekend with the BHGS !

And, most importantly don't forget that your Britcon Fiver will give you £5 off any £10 purchase with any of the Britcon traders (not the Bring & Buy..) at the show!

We look forward to seeing you next weekend