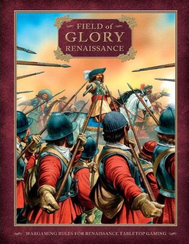 At the BHGS Doubles Weekend there will be one Field of Glory Renaissance period of Doubles, with two players commanding one army:

Books allowed: All armies and allies must come from Duty and Glory, Clash of Empires, Colonies and Conquest or Cities of Gold.

All armies must comprise a Principal Army and at a First Ally which is allowed in its list. This First Ally must be a different army, not an internal ally.

The venue for the Doubles events is Battlefield Hobbies in Daventry.. See the Doubles Venue Page for details

The BHGS FoG:R tournament rules can be found here.