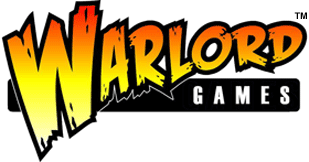 For this event we'd like to make sure that forces, so far as possible, represent ones that are as plausible as possible for a game that has WWII as its theme. While imperfect, this will help to mitigate the impact of some of the more problematic units in the game without resorting to house rules or 'comping'.

We'd really encourage players to go 'as themed as possible', and if you want to do a specific unit at a specific time and place (a reinforced platoon from Johnny Frost's Bn at Arnhem, for instance, or maybe a Panzer Zug from the 21st Panzer Division in 1941, or whatever) then crack on and we'll be suitably impressed (and there might be a prize for 'Best Force' or similar in the mix to reward that). But if all you want is a force that looks right for the time and place for your chosen nation, that's fantastic too.
We've found that the overwhelming majority of forces fit into this structure with little or no tweaking.
If time's limited or historical research isn't your strong suit then the guidelines are designed to help you and the event organisers will be very happy to offer any assistance they can if desired - remember this is aimed at improving everyone's enjoyment, it's not meant to be a chore.

How to pick your force for this event:

• 750 points Infantry only (maximum amour value 6)
• 1250 points.
• No more than the set amount of points may be spent on the army as per the guidelines provided on page 124 of the Bolt action rulebook.
• Pick a nation from any of the countries currently represented in Warlord Games publications (including pdfs)
• Pick a front from: Balkan, Eastern, Italian, North African, Northern China, North-west European, Pacific, SE Asian, the list goes on obviously this must be a front where your chosen nation fought
• Pick a year (again, obviously a year where your chosen nation was actually fighting on your chosen front.
• Build your force to the prescribed points total using your chosen nation with either the generic selector or a theatre selector or pdf 'force' selector that covers your chosen year. But you may only use options that actually were present in your chosen year on your chosen front. This isn' t as hard as it might seem at first; the theatre selectors give a good guide and most of the vehicles have a range of years in which they saw service. Your event organiser will be happy to provide assistance and advice if you're in any doubt.
• No special characters or tank wars skills allowed.

All list to be submitted by the 5th August  to gazbetts@gmail.com or via the boltaction easy army page.

​Once time is called all games must end at this point no further rounds are to be played and the current round ends on the dice that is being played.

***Please note the schedule is subject to change on venue opening times***
With all games starting @0830hrs on Saturday with the players briefing just before.